Its privileged situation in the Tajo Valley, halfway between Extremadura, Gredos, the Tietar Valley, San Vicente mountains or La Jara, turns it into a strategic location where tradition, modernity and nature meet for good. 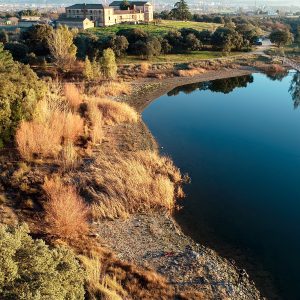 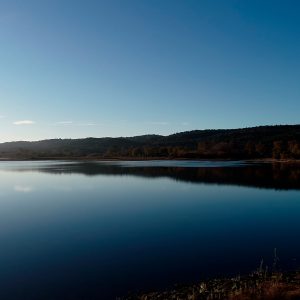 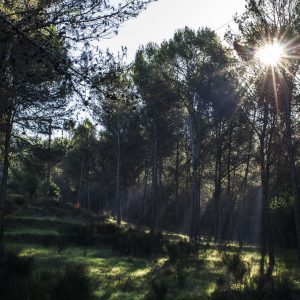 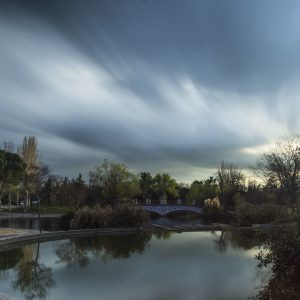 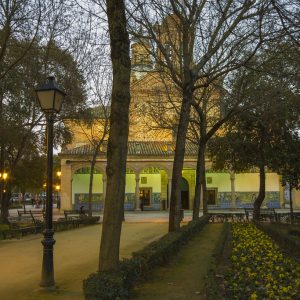 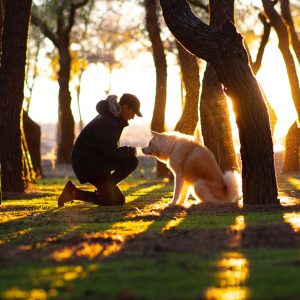 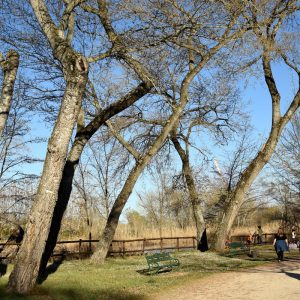 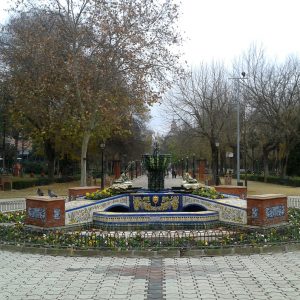 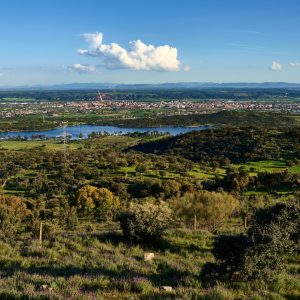 Talavera de la Reina is one of the greenest cities in Castilla-La Mancha, as attested by its famous parks and gardens such as El Prado Historical Gardens, Alameda or Sifones. The Tajo River, with its islands and riparian vegetation, with its original “skyline” view that inspired Anton van den Wyngaerde in the 16th century, having the river Tajo as main character.

But Talavera also has environmentally valuable spaces, such as La Portiña reservoir, located to the north, in El Berrocal mountains. It is a truly exceptional cultural landscape, molded by orogeny and erosion, with riparian vegetation in a Mediterranean ecosystem. To the south, the landscape is equally stunning with its spectacular gorges and ravines next to the river Tajo, a privileged location full of unique fauna and flora. Among the fauna, we can highlight cliff-nesting birds; some endangered species, like the Bonelli eagle, the peregrine falcon or the Eurasian eagle owl, which find their perfect home in the ravine’s walls. All these ravines, with peculiar names, such as “Half Moon”, “Hell”, or “Eagle”, are included in the Natura 2000 Spaces Network list.

The riverside forests lend a strong personality to this unique landscape reinforced by its appealing bridges, that connect the city with its southern bank, and important towns in route to Sevilleja and Guadalupe. Precisely one of these bridges, named Castilla la Mancha bridge (the highest cable-stayed bridge in Spain) constitutes a privileged “viewpoint” of the river, its islands and the city of Talavera, with its modern buildings and green areas. The Park of Alameda is another emblematic spot in the city, with its lagoons and bridges decorated with beautiful Talaveran ceramic tiles — techniques which have recently been declared Intangible Heritage of Humanity by UNESCO.

The Historical Prado Gardens declared BIC (a Spanish protection status) in 2019, are one of the most important urban gardens in Castilla-La Mancha, where urban fauna lives among its century old tress. At the same time, this park is crossed by many citizens en route to worship or visit their beloved patron saint, the Virgin of El Prado, housed in the “Sistine Chapel” of ceramics, the Basilica of Ntra. Señora del Prado.

In addition, to all these green spaces, El Prado Historical Gardens and the Park of Alameda, we also find the Park of Sifones. A place to exercise, walk or daydream among its unique taray and white poplar trees. Dreaming and making plans for the future, because our city is constantly starting new ventures. Another trait of one of the most dynamic cities in Castilla-La Mancha. 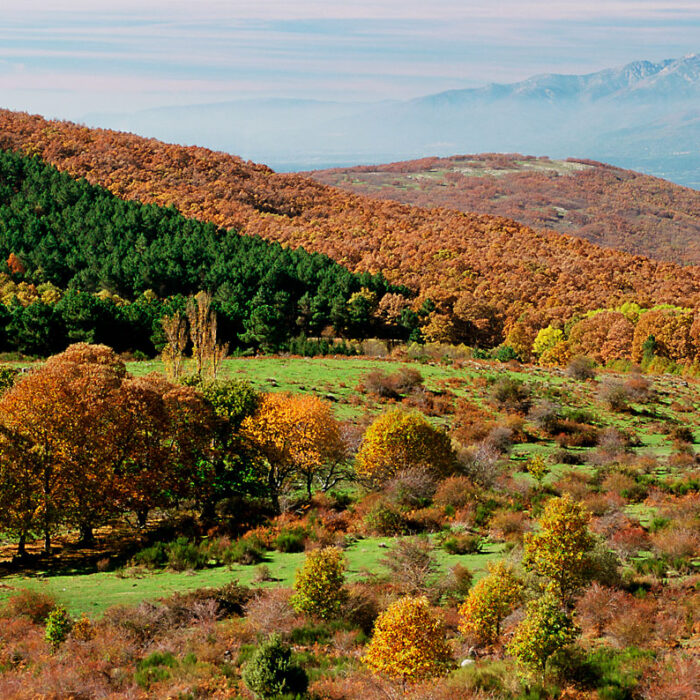 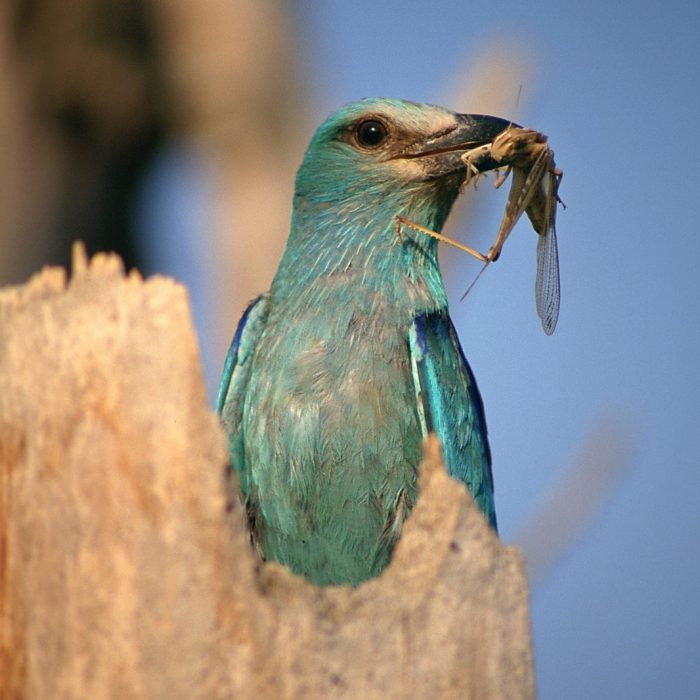 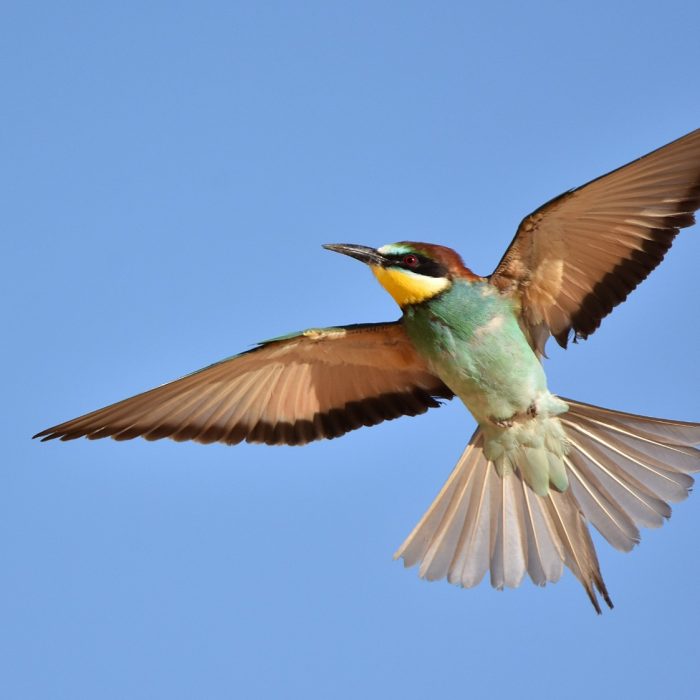 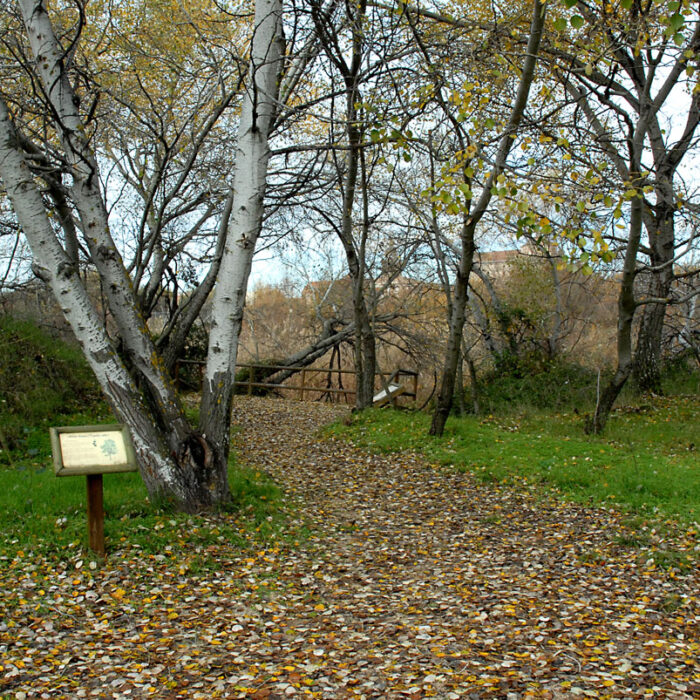 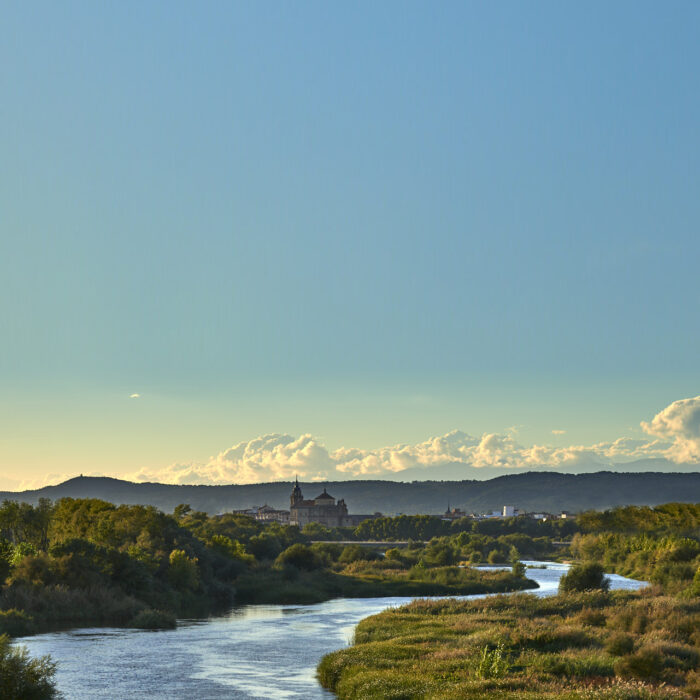 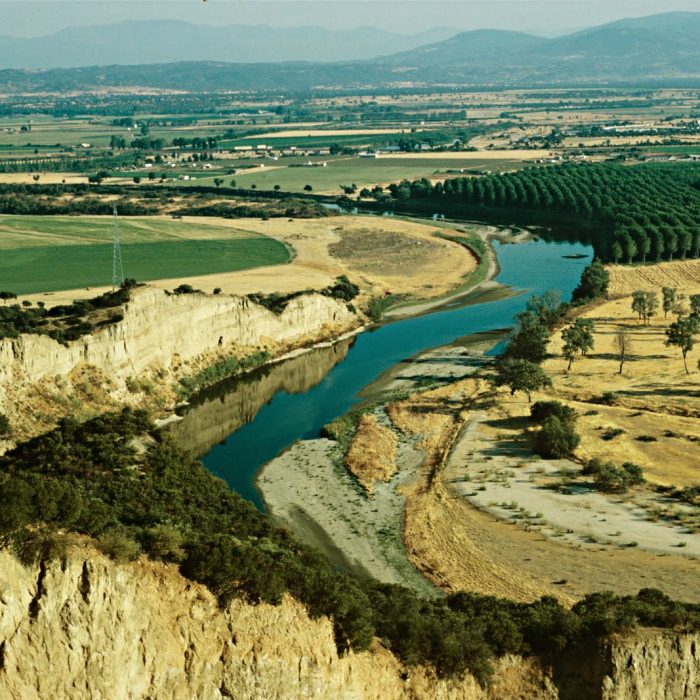 Sustainable transport for a city that looks into the future

A more than 30 kilometers long bike path to explore the city. It connects the city’s main highlights, parks and green areas, going through its main avenues. It borders the river Tajo, reaching the river Alberche along the Merinas cattle route. 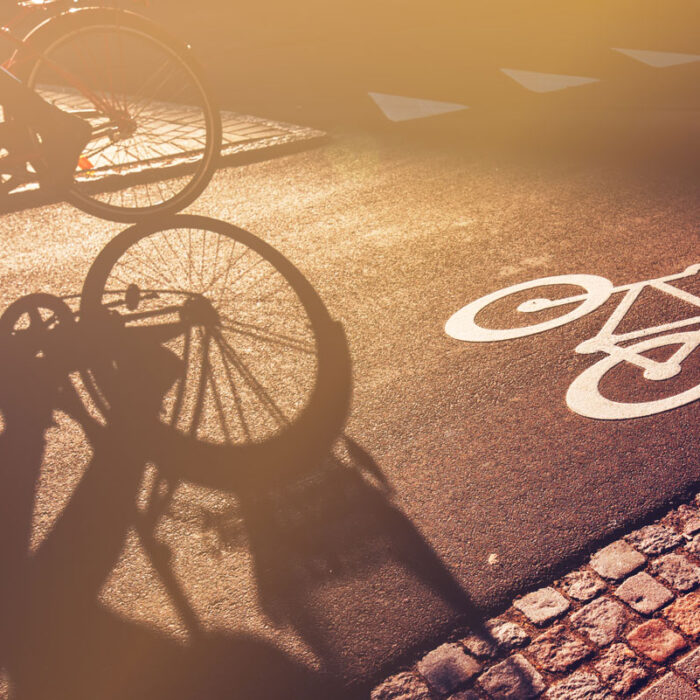 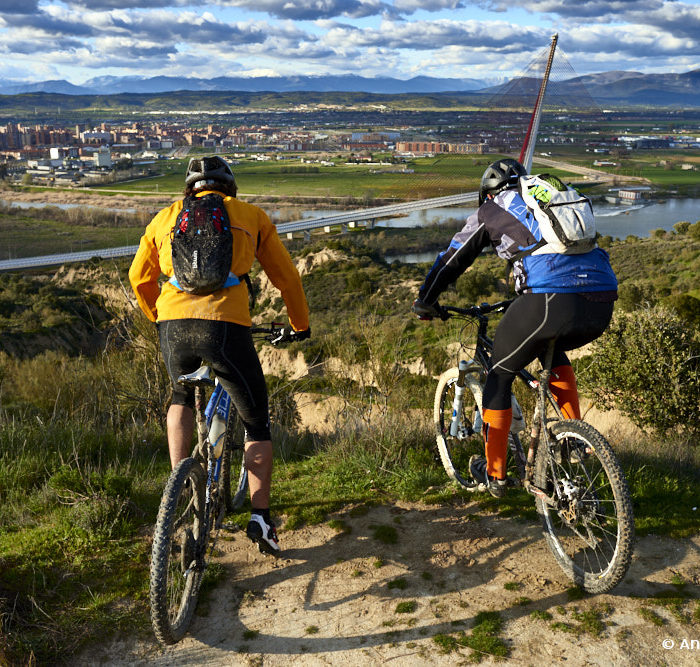 Talavera has always wanted to promote physical activity and sport as a source of health, and as an activity that builds up great champions.

Sports facilities have always been easily available for every citizen. A city that has always highlighted sport events that are regularly organized in our city.

Champions like Sandra Sanchez, Isabel Rico, Francisco Cubelos or Fernando Alarza, among others, are just a part of the athletes who daily train in our facilities, growing in their city, a city committed to sport. 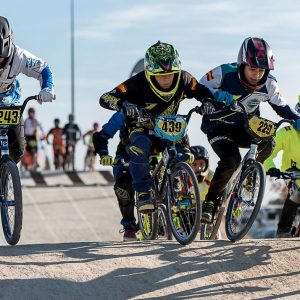 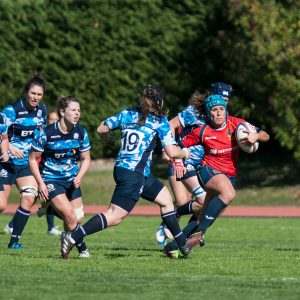 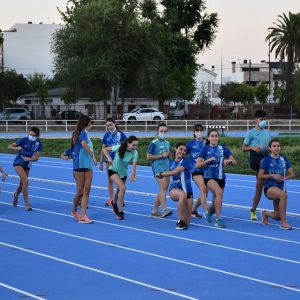 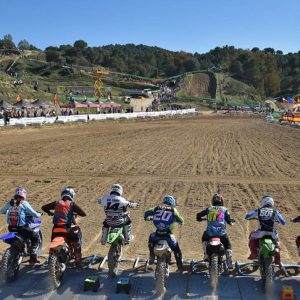 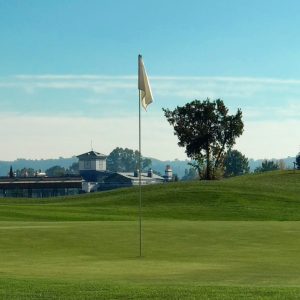 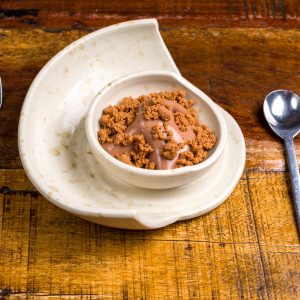 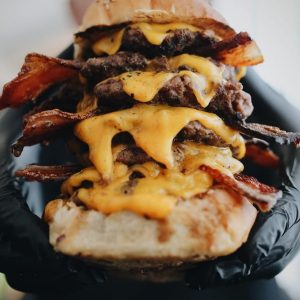 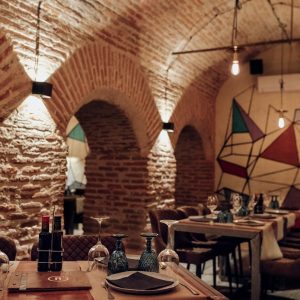 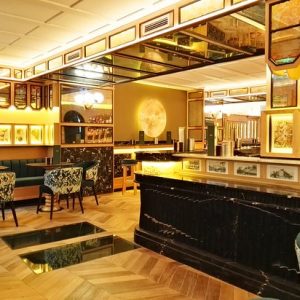 A city with great references

Talavera de la Reina displays its typical gastronomy, with an innovative horizon that explores new ways to surprise the most demanding tastes.

Traditional dishes come together with fusion cuisine to shape a cuisine that takes the world’s best practices, in both techniques and flavors to offer unique experiences.

Constantly seeking innovation to surprise with elaborate menus, and even Michelin-star dishes.

Experiences to delight your senses

The best places to spend a good time